Founded in 2009, the TEU was established a result of the amalgamation of the Association of University Staff (AUS) and the Association of Staff in Tertiary Education (ASTE). Both of those associations have a long history representing staff throughout the tertiary-education sector.

The AUS was founded as the Association of University Teachers (AUT) in 1923 and was originally an informal federation of branch associations, representatives of which formed a national standing committee. In 1967, AUT became an incorporated society with an office and staff based at Victoria University. On 1 July 1989, the Association of New Zealand University Library Staff merged with AUT and on 1 July 1992 a second merger, between AUT and the New Zealand University Technicians Union” created AUS.

The origins of ASTE arise from the incorporation of the Association of Teachers in Technical Institutes (ATTI) which was founded in 1960 and grew as technical institutes were established throughout the 1960s.

In the mid 1980s, ATTI changed its name to the New Zealand Association of Polytechnic Teachers (NZAPT) which subsequently merged with Teacher Colleges Association in 1998 to create ASTE.

In the 1990s, ASTE membership was extended to include staff in private training establishments, wānanga and other tertiary education providers. 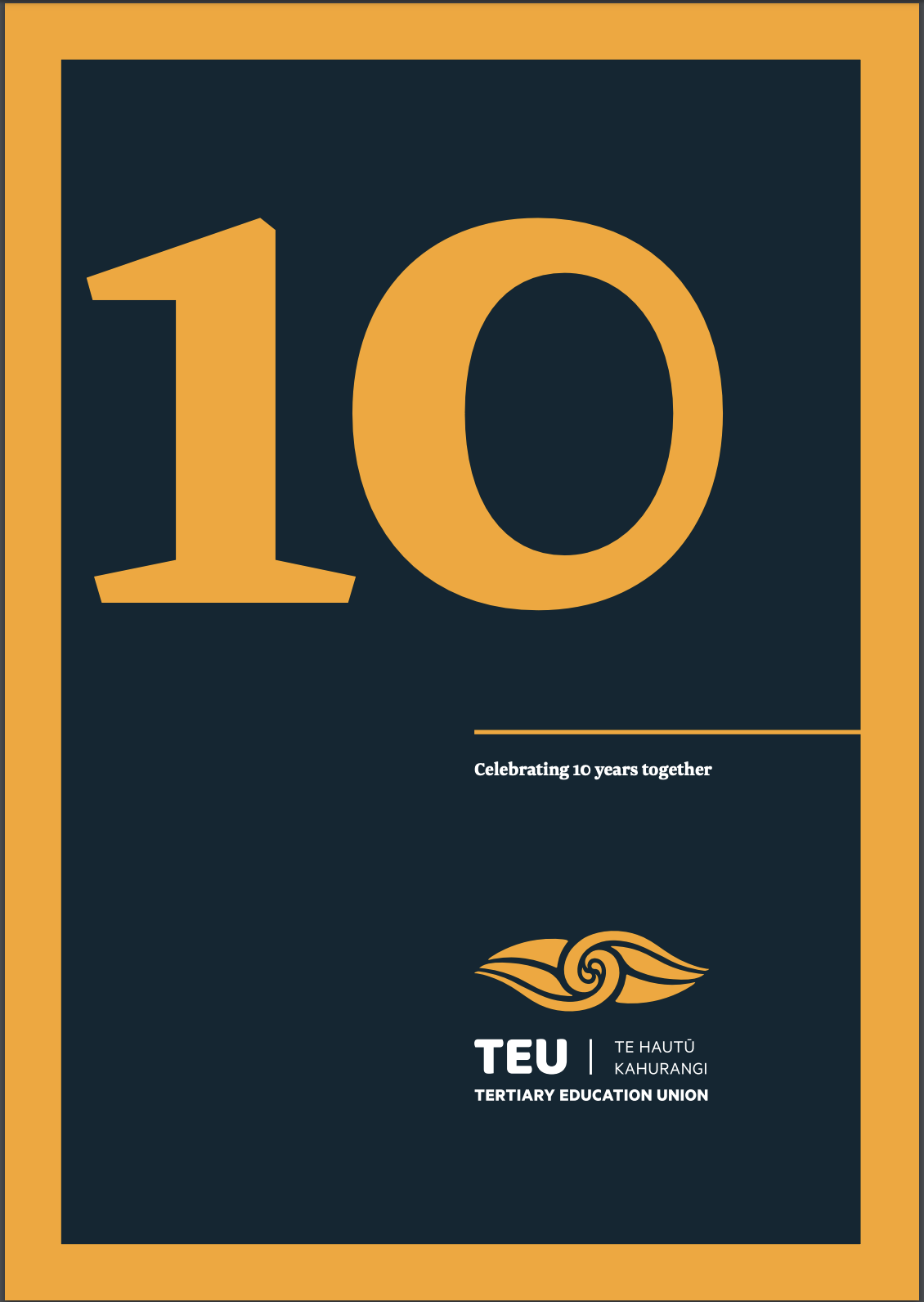 TEU celebrates 10 years.
A booklet about our journey.